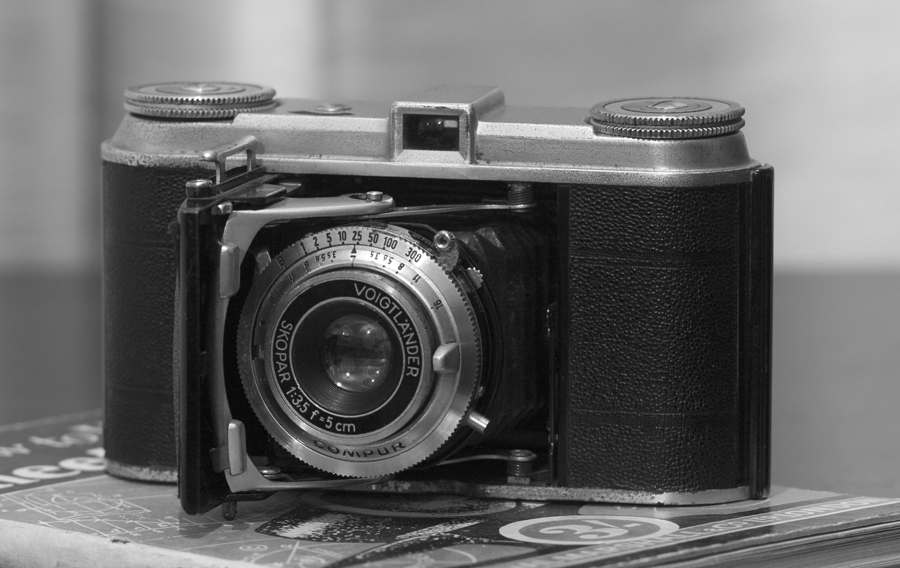 The Voigtlander Vito I, a film camera I’ve had knocking around for some time. It’s been collecting dust on my desk for far longer than I would like to admit to. The Voigtlander Vito I was bought with the intention of a some use and passing it on to a new owner. That was until I discovered that there was a problem with the shutter. The slow speeds were very slow, too slow. Slow to the point of being able to make a cup of tea during what should of been a 2 second exposure. I might be quick at making a brew, but not that quick!

Fully aware that this Vito was an early version,  (probably pre-war). It also has the better of the shutters available around the time of manufacturing. This shutter being the Dial Set Compur, also known as the Rim Set Compur. I do like these, they are a master piece of skilled working parts. Unfortunately it came to me without the yellow filter that is normally permanently hinged to the shutter bezel. The yellow filter was fitted to help reduce flaring, especially with the lens being un-coated. The chrome work was also a bit aged and looking tatty. It’s unappealing looks is why it sat on my desk for sometime as a dust collecting paper weight.

Having never owned or ever used a Voigtlander Vito before, I was somewhat attracted due to the unknowing factor of discovery. The Voigtlander Vito never really appealed to me like some cameras do. Those with good looks or a reputation, that are too good to let pass. Last week I found myself looking at this Vito in a different light. It caught my eye a couple of times from a different angle, in a different light. I found myself promising to fix it and run a film through it. Today I did just that! I gave the dusty dry bellows a light check first. No point working on the shutter if the bellows look like they have been in a shoot out with Buggsy Malone. With the bellows checking out fine and in good health it was time to move on to the shutter. The shutter was in a bad state and needed to be stripped, cleaned and reassembled. I also cleaned the lens while I was at it, and this little film camera came out looking better than I first thought it would. I was very pleased and my desire grew rapidly to use it, I became very excited.

The first thing you will notice is that it has no rangefinder, so what’s a person to do? Go old school and try guessing, sorry make an educated guess.

OK so I wasted 28 exposures! Wait a minute, its not what you think. This camera is one of the most quirky little things I have ever used in a 35mm format, honestly! I lost potentially 28 exposures due to over lapping images, not quite full double exposures. The film counter was not very accurate a with hindsight I should of wound it on by two marks instead of one. Odd thing being, towards the end of the film I thought to wind it on by 3 marks just to be safe, just as well or it would of been the whole roll of film wasted. I say wasted, we all know it was a learning curve and not a real waste as such.

So what are my impressions of the Vito? It’s a bit hard to judge without getting to get to know the camera a little better but I will attempt to make a summery. A summery for the sake of this post. The Vito is what I would class as a true old school camera, and not one for the impatient photographer. Its a camera that forces you to think about each frame carefully and the steps involved. The greatest thing I struggled with was distance among all the other things. It went something like this;

Having enjoyed the Vito, and I do plan on running more film through it. I did feel its not a keeper, don’t misunderstand me, the lens is sharp, it’s small, compact and light. Even kinda classy looking, it’s growing on me. Unfortunately it takes too much brain power and will take time, a lot before getting constant results with it. If you like challenge then this is one sweet camera to add to your list, it will certainly not disappoint you.

Speaking of results here are the ‘not lapped’ photo’s from the test roll. I think they speak for themselves. 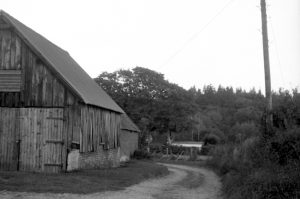 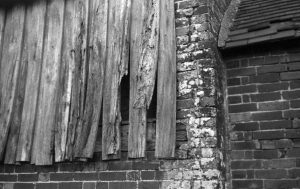 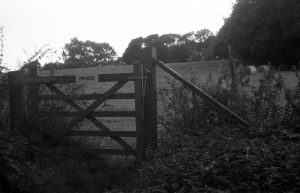 2 thoughts on “Voigtlander Vito I”